US Open: Rested Djokovic big favourite against Monfils
The Serb is the first man in the modern era to reach a Grand Slam semifinal after 3 retirements or walkovers. 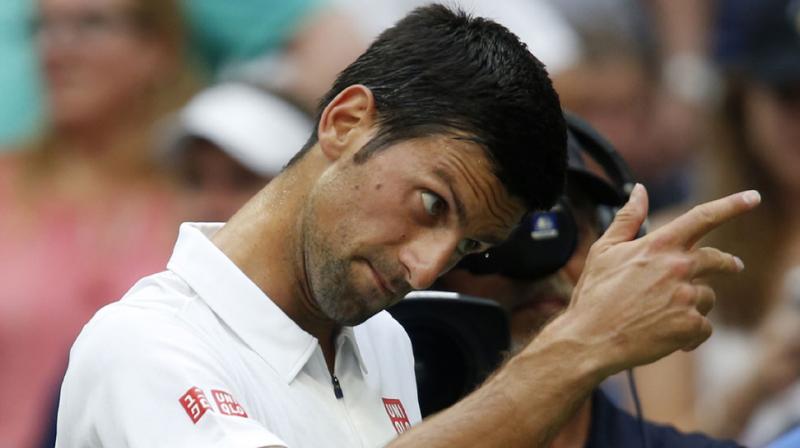 New York: World number one Novak Djokovic, the only member of the so-called “Big Four” to reach Friday’s semi-finals of the US Open, also has the distinction of being the least tested of the last four at Flushing Meadows.

Serbian top seed Djokovic goes against 10th-seeded Frenchman Gael Monfils, while number three Stan Wawrinka of Switzerland takes on sixth seed Kei Nishikori of Japan to set up the men’s final at the year’s last, and rather unusual, Grand Slam.

With Roger Federer missing due to injury, Andy Murray upset in the quarters and Rafa Nadal a fourth-round loser, Djokovic marches on in a quest for a 13th slam title without his familiar high profile rivals standing in the way.

Djokovic, 29, who came to New York with questions about his fitness and form after a first-round exit from the Rio Olympics and concerns over an injured left wrist, has sailed into the semifinals in record time due to a bizarre path.

He is the first man in the modern era to reach a slam semifinal after three retirements or walkovers. His nine sets and 84 games completed are the fewest at this stage at any major in the Open era that featured a 128 draw and only best-of-five matches.

Djokovic, who earlier this season joined Rod Laver and Don Budge as the third man to hold all four slam titles at once following wins at the Australian Open and French Open, said the rest was much appreciated.

“In this stage of the season, considering some physical issues I have had … this was the scenario that I needed and I wished for,” he told reporters. “Right now I’m feeling very close to the peak.”

Monfils, on top of his game with a straight-sets run to the semifinals, will need to be at his peak to reach the final as he is still seeking his first victory against Djokovic after 12 losses.

Wawrinka, who blossomed after turning 28 to win the 2014 Australian Open and 2015 French Open, leads Nishikori 3-2 in their head-to-head, with the duo splitting Grand Slam quarterfinal encounters.

Nishikori beat the Swiss in five sets at the 2014 Open on his way to the final, while Wawrinka beat the Japanese at the 2015 Australian Open.

Nishikori is striving to become the first man from an Asian country to win a grand slam, and should he achieve the feat would pocket a record $4.5 million, including a $1 million bonus for topping the US Open Series of run-up events.