Apple iPhone 7 not a game changer – analysts
The new iPhone, which features a high-resolution camera and the option of a jet-black glossy finish. 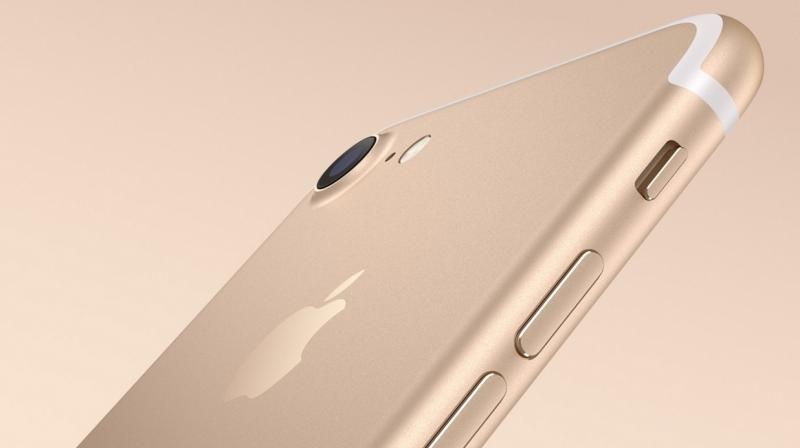 Not even Chief Executive Tim Cook singing “Sweet Home Alabama” on Carpool Karaoke could get Wall Street excited about the launch of Apple iPhone 7.

The new iPhone, which features a high-resolution camera and the option of a jet-black glossy finish but notably lacks the traditional analog headphone jack, is not revolutionary, analysts said.

“Overall, we thought that the phone was an improvement over previous models, but not a game changer that will reignite a significant upgrade cycle,” Deutsche Bank analyst Sherri Scribner wrote in a note.

Apple shares, which closed up 0.6 per cent on Wednesday when the new phones were launched, were down more than 2 per cent at $106.04 in morning trading on September 8. They had closed down nearly 2 per cent last year on the day the 6s and 6s Plus were unveiled.

The iPhone 7 is priced at $649, the same as its predecessor, the 6s. The larger iPhone 7 Plus edition will retail for $769 – $20 more than the iPhone 6s Plus – and will feature two cameras, including a telephoto lens.

The new phones will start shipping in major markets, including the United States and China, on September 16. That would give Apple 14 days of sales this quarter, compared with two days for the iPhone 6s in the year-ago quarter.

The company said on Thursday it will not release first-weekend iPhone sales data, saying the number was more a reflection of supply than demand.

iPhone sales account for more than half of Apple’s revenue.

RBC analyst Amit Daryanani said Apple margins could get a boost from the new iPhone, driven by sales of the more expensive iPhone 7 Plus model that has a comparatively richer feature set.

Apple typically refreshes the iPhone every year, but goes in for a big makeover once in two years. However, many are expecting a three-year cycle this time, leading up to a major redesign in 2017.

“While iPhone 8 has the potential to be a big cycle, we believe there is limited visibility given the off cycle and, if history is an indicator, believe it too early to be investable,” Wells Fargo analyst Maynard Um said.

Um lowered his rating on the stock to “market perform” from “outperform”.

Oppenhemier said the new glossy jet black colour – available only with the 128 GB and 256 GB storage versions – will boost the average selling price of the iPhone.

Craig Hallum said it expected Apple to sell 211 million iPhones in the fiscal year ending September – marking the first ever year-over-year decline in annual sales – before bouncing back to an estimated 221 million in devices sales in 2017 and 240 million in 2018.